The Aiap Women in Design Award (AWDA), at its fourth edition, is a project curated by Cinzia Ferrara, Laura Moretti, Carla Palladino and Daniela Piscitelli and organised by Aiap. It is a biennial international award open to visual communication women designers. The main goal is  to investigate the languages, poetics and different approaches to graphic design as well as to explore the conditions in which women designers work.

History over the years

This year we are proud to announce a partnership with ico-D, International Council of Design, who have recognised the great social and ethical value of the prize and have thus become Institutional Partner of the 2019 edition, supporting and promoting the Award on the international scene.

The award over the years

Participation in the third edition of the Award was open to women designers from all over the world: 186 projects were submitted from 34 Countries, selected by an international jury made up of 8 leading figures in the field of visual communication design.
The award-giving ceremony took place in Rome on 30th September 2017, in the framework of Aiap Design Per, International Graphic Design Week “Visible Cultures”, on the premises of Istituto Centrale per la Grafica, with the participation of many of the selected visual communication designers.
On that occasion 3 honorary mentions, a special mention and an AWDA 2017 first prize  were awarded.
The 62 projects deemed worthy of publication will be collected in an international volume to be published soon after the 2019 edition.

Participation in the second edition of the Award was open to women designers living or working in the European area and the MENA region (Algeria, Armenia, Azerbaijan, Bahrain, Cyprus, Djibouti, Egypt, Georgia, Iran, Iraq, Jordan, Kuwait, Lebanon, Yemen, United Arab Emirates, Libya, Mauritania, Morocco, Oman, Palestine, Israel, Qatar, Saudi Arabia, Syria, Somalia, Sudan, Tunisia). The projects submitted were selected by an international jury made up of 5 leading figures in the field of visual communication design and were later included in the second volume of the series of the same name published by Aiap Edizioni, released in 2016). Among the works deemed worthy of publication, the jury chose the visual communication woman designer to be awarded the first Aiap Women in Design Award 2015 and given the Honorary Mention. The official award-giving ceremony took place during the following edition of Aiap DX, International Graphic Design Week, which took place in Milan from 4th to 8th November 2015.

The first edition of AWDA, open only to Italian women designers, received submissions from 112 designers for a total 237 projects. The jury selected 25 designers for 30 projects for publication.
The award-giving ceremony took place during Aiap Design Per, International Graphic Design Week, which took place in Treviso from 26th to 29th September 2012. The AWDA catalogue, edited by Cinzia Ferrara and Daniela Piscitelli and published by Aiap, presents the winning projects as well those that received an honorary mention. 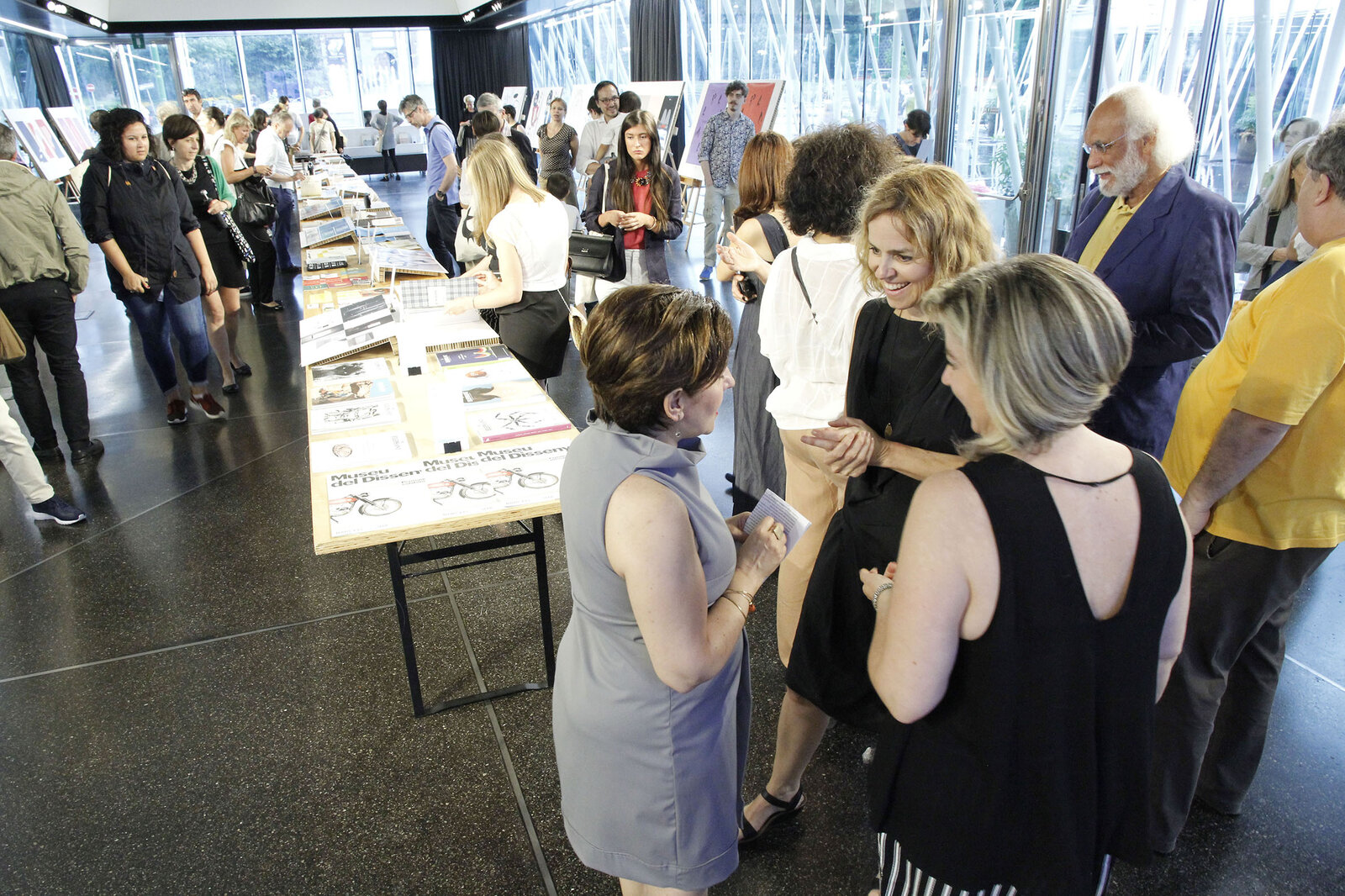 A story that started with the Stanze contest and related exhibitions at the Archaeological Museum of Gela (Sicily) and at the Florence Festival of Creativity and continued with the retrospective exhibition The unbroken sign. Graphics between art, calligraphy and design dedicated to Simonetta Ferrante, at Milan’s Galleria Aiap and the publication of the volume Il segno continuo published by Aiap.
Even earlier, this story began with the Manifestinno exhibition, which collects the posters created by 30 young Italian women designers on the topic of innovation and progress presented in Aosta and Florence, and with Singolare femminile, a series of seminars with four communication designers, organised in collaboration with AIAP in Rome.